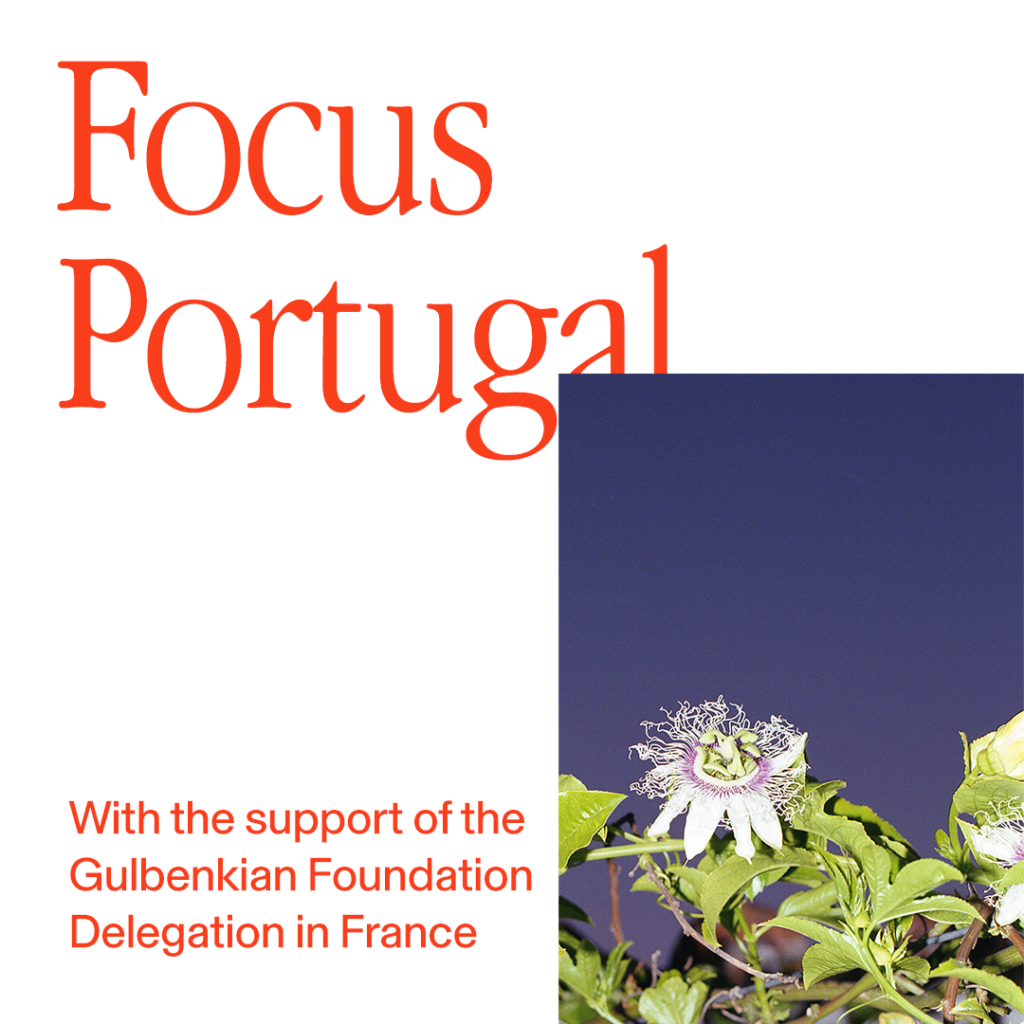 with the support of the Gulbenkian Foundation - Délégation in France

Like every year, the festival confirms its desire to highlight Europe’s emerging scenes with a dedicated FOCUS.

With the support of the Gulbenkian Foundation – Delegation in France, PORTUGAL will be in the spotlight for this edition through the work of 4 artists :

Founded in 1956 as a Portuguese organisation for the whole of humanity, the purpose of the Calouste Gulbenkian Foundation was to promote knowledge and improve people’s living conditions through the arts, charity, science and education. Created following Calouste Sarkis Gulbenkian’s will, the Foundation is a long-term initiative that develops its activities from its headquarters in Lisbon and its branches in Paris and London. The French Delegation of the Gulbenkian Foundation focuses particularly on the arts and culture, social arts and social economy, a dialogue with civil society and its institutions as well as the dissemination of the Portuguese language. These actions are manifest through the co-production of exhibitions, a yearly call for projects aimed at French art institutions that wish to present Portuguese visual artists as part of their programming, the organisation of talks and debates throughout the year, partnerships with civil society organisations and access to a large Portuguese-language library.

Through its support to Circulation(s), the winner of the first edition of its call for exhibition projects, the French Delegation of the Gulbenkian Foundation wishes to support the visibility of Portuguese creation in France. Over the years, the latter has contributed to promoting and helping hundreds of artists to travel and access prestigious institutions around the world.