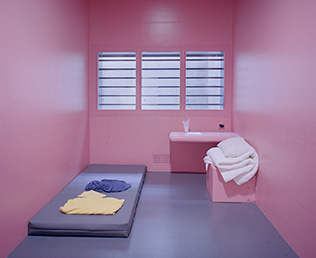 In the United States and in Switzerland, there is an unusual type of prison where cells are entirely painted in pink. The experiment results from a theory developed by Alexander G. Schauss who discovered in 1979 that a specific shade of pink had a tranquilising impact and lowered aggressiveness and hostility in fifteen minutes. He named this shade the Baker-Miller Pink, also known as the Drunk Tank Pink. Since 2007, Daniela Späth, a Swiss psychologist, developed the Cool Down Pink study and showed that this specific shade did have the effect of lowering blood pressure. As she was a student at ECAL, Angélique Stelhi visited some of the cells and photographed them to try and unravel the mystery. 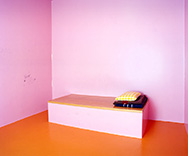 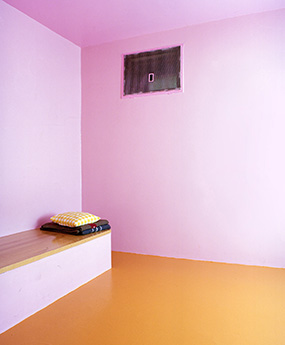 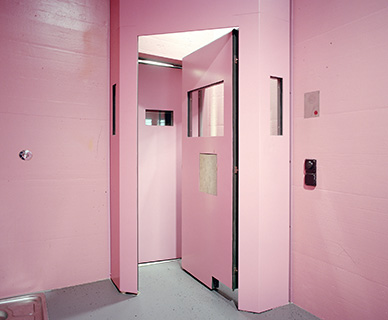 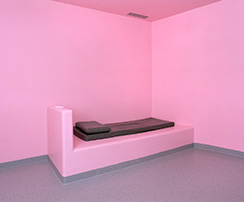 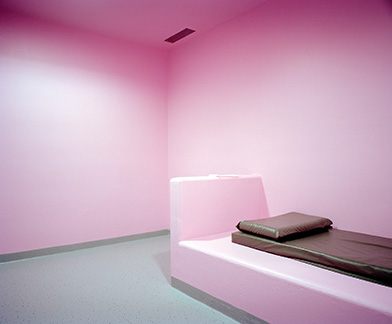 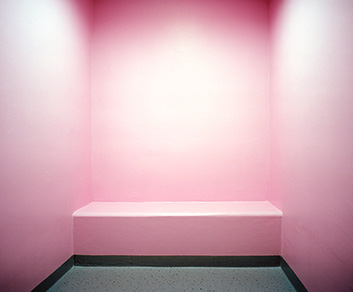 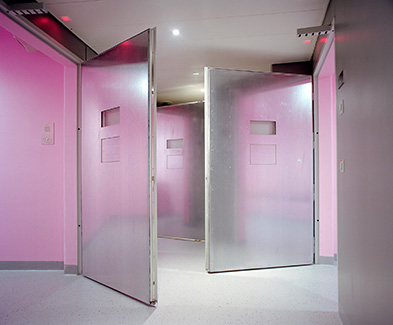 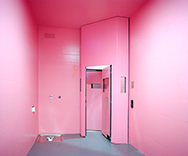 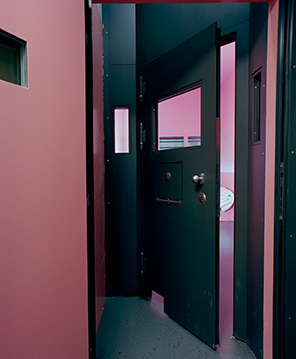 Angélique Stehli was born in France in 1993. After San Francisco and Paris, she now lives in Switzerland. She’s currently completing her curriculum at the ECAL in Lausanne. Part of her work was already shown at the 2016 edition of Paris Photo, and published in several specialised magazines and newspapers, such as the Japanese Harper’s Bazaar.