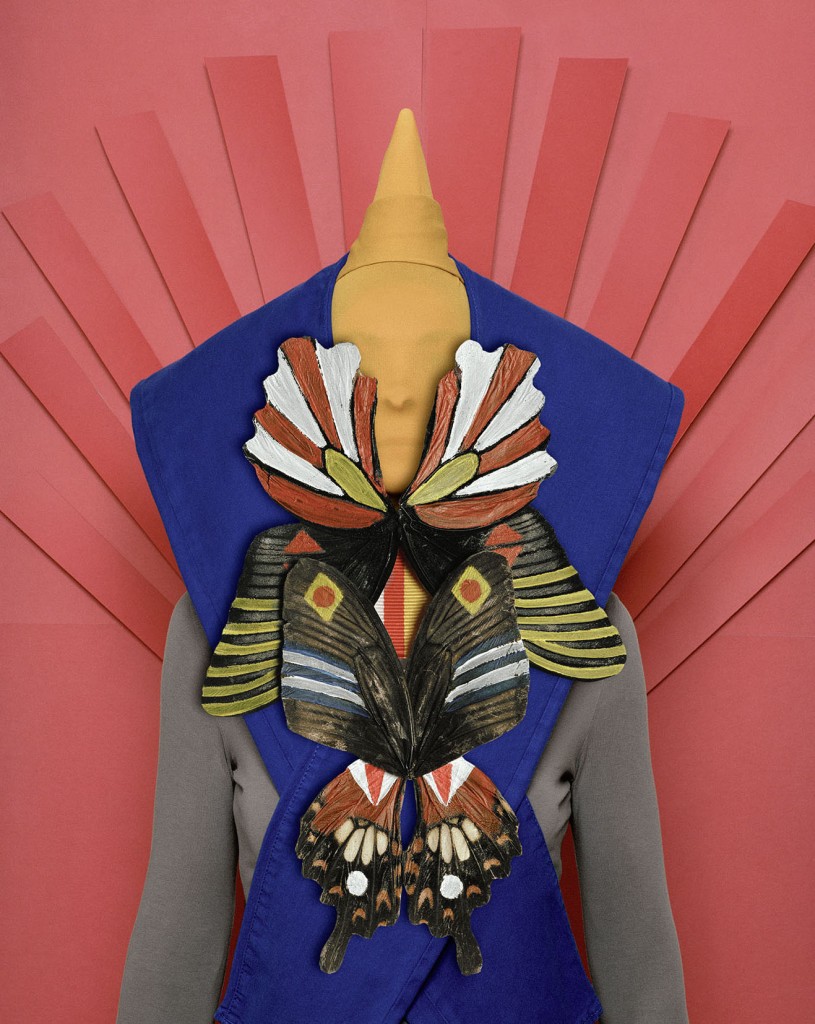 A “cimier” is a crest at the top of military helmets. It may sometimes represent a blazon, but is nothing more than a symbol. The crest is meant to make the soldier look taller in order to intimidate the ennemy. This series represents the highest parts of  heads with crests on top of them. Those crests appear symmetrical through their shadows, which underlines the purely decorative function of the object.

The butterfly is by nature symmetrical. In this series, geometrical forms were painted on a butterfly, and organized in a composition. Then, the forms were placed on top of masked figures that were studio-shot. 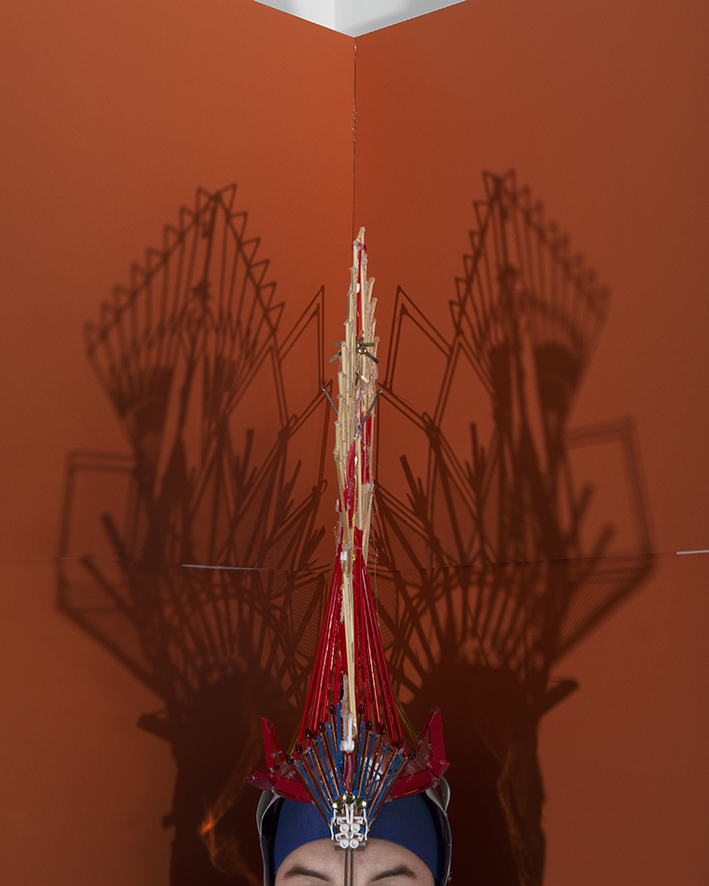 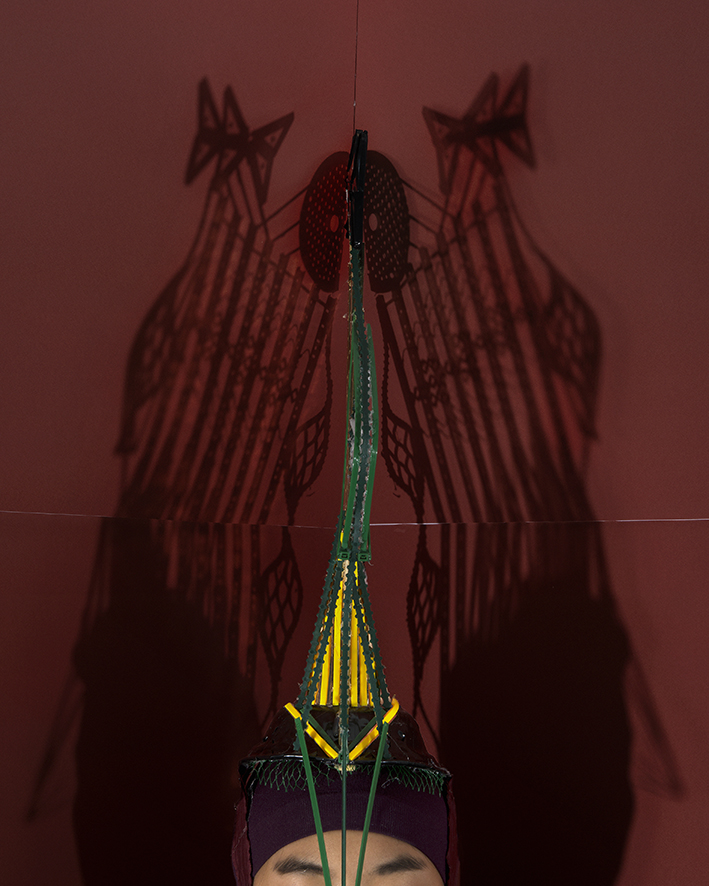 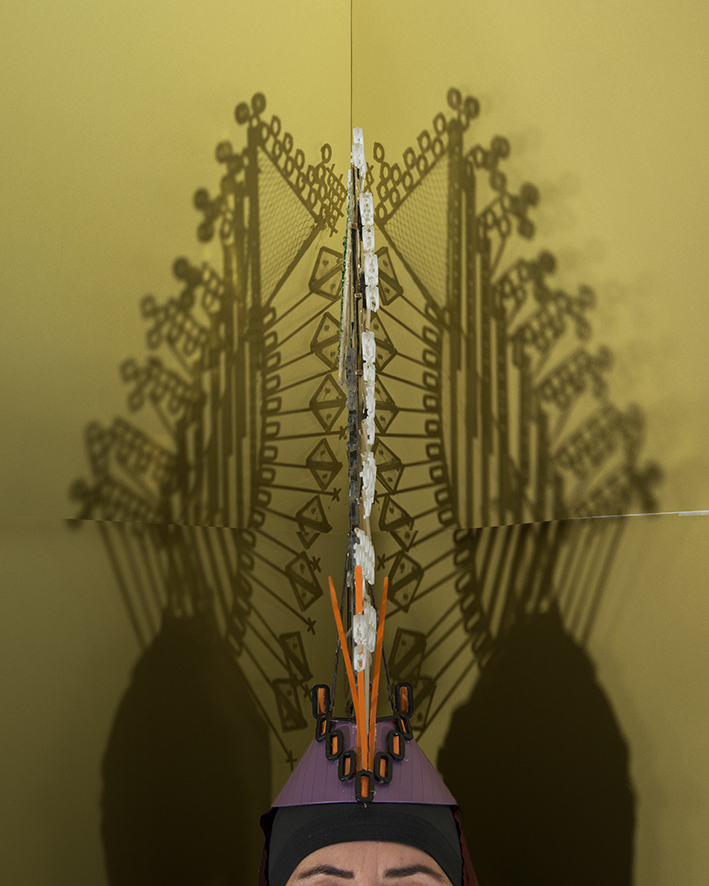 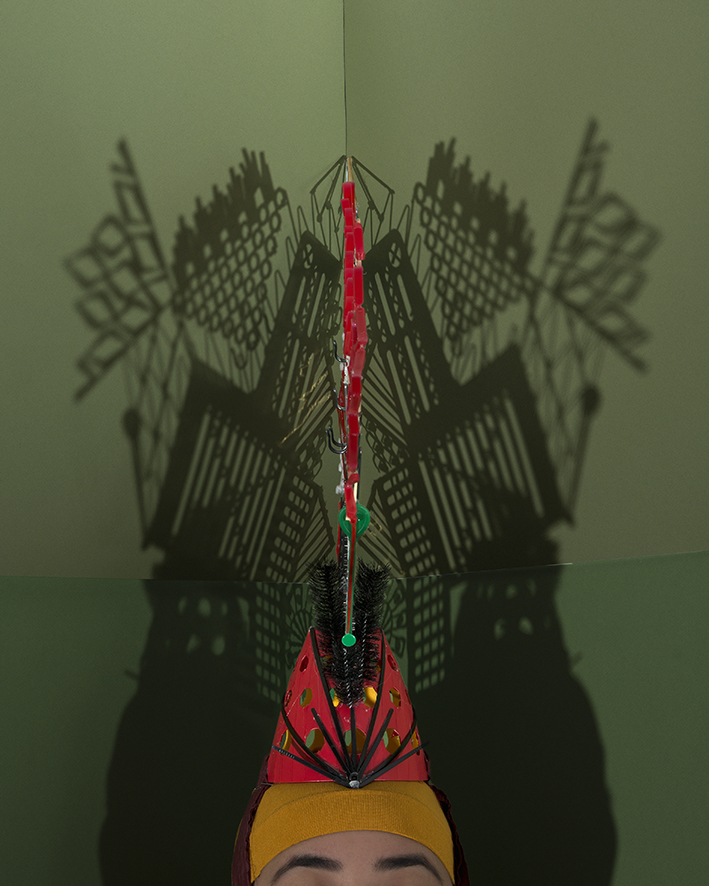 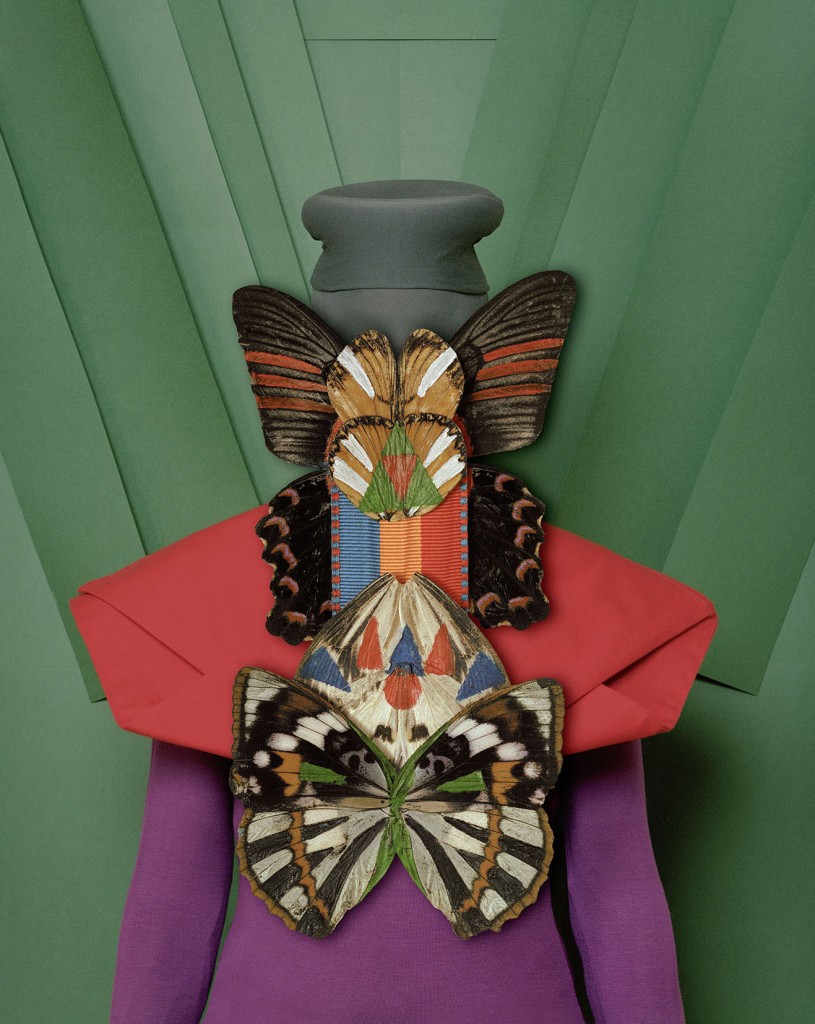 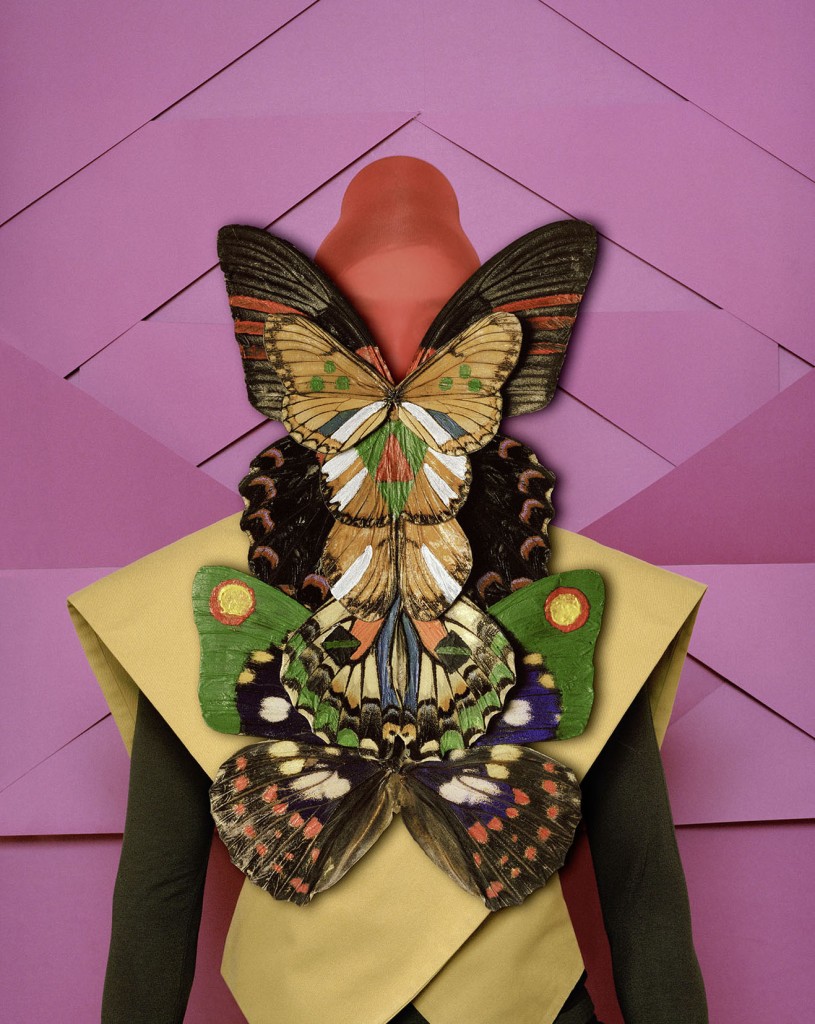 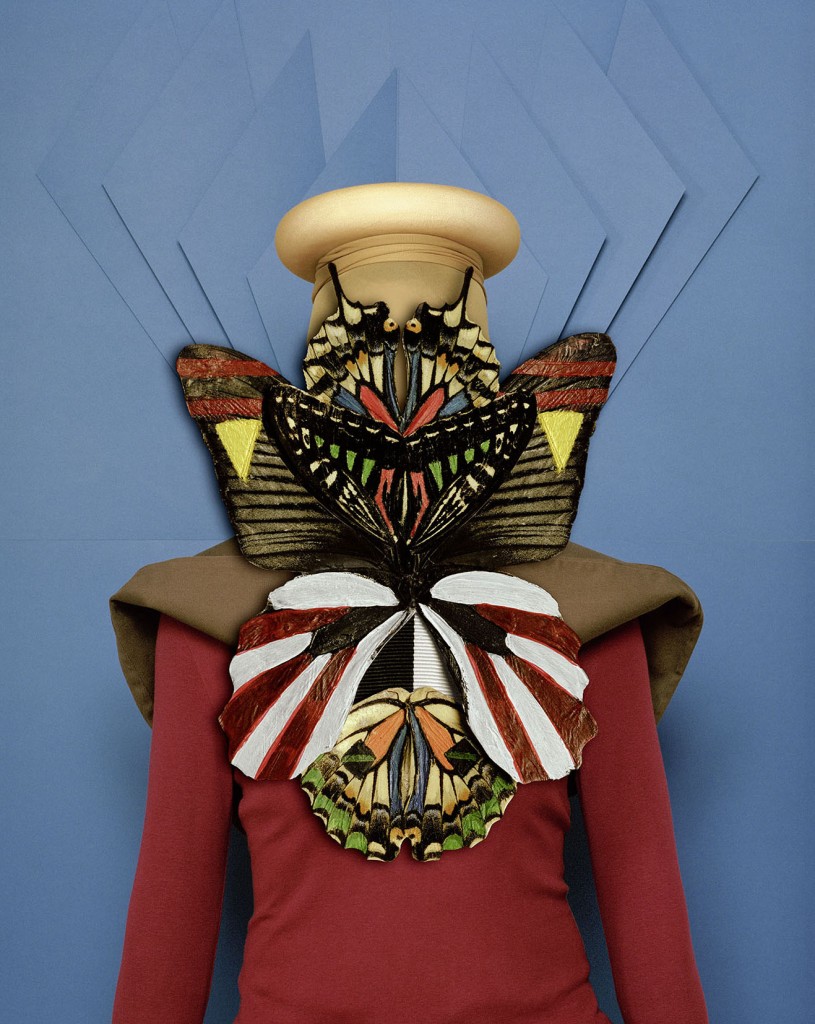 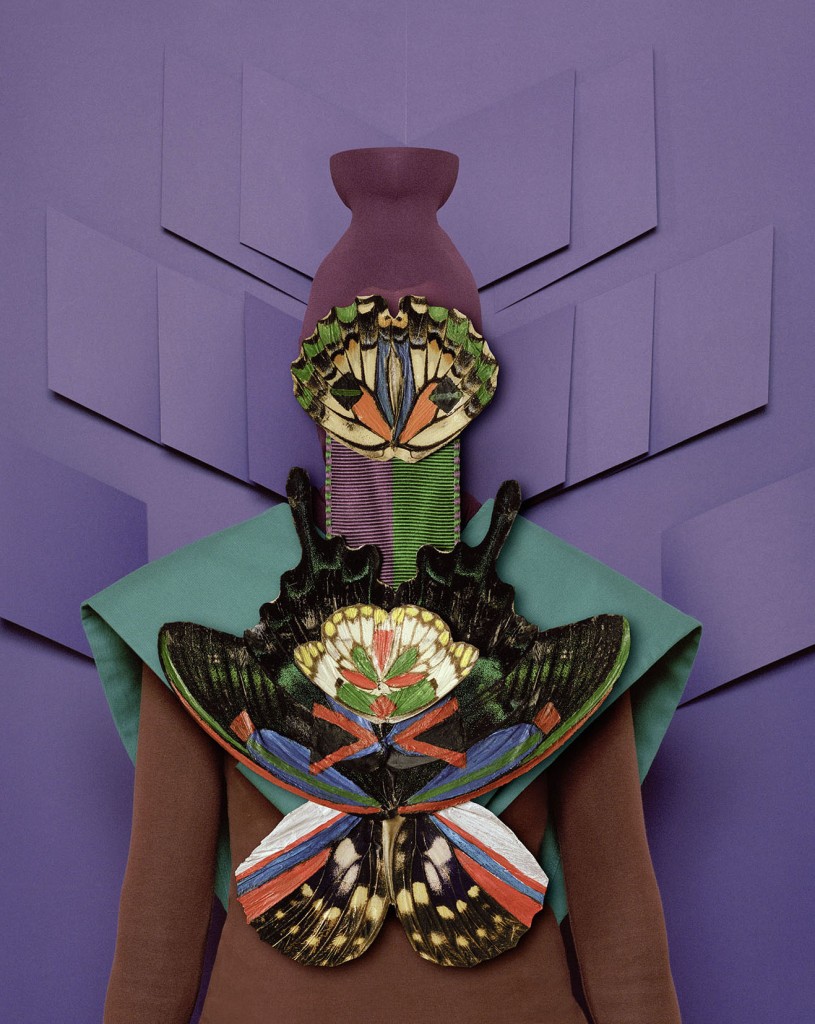 Marie Rime was born in 1989 in Charmey in Switzerland. In 2014, she obtained her bachelor in photography at the ECAL. She also won the Prix du Public of the 29th Festival International de Mode et de Photographie in Hyères (France), and was published on the website of the New York Times Magazine, as in the British Journal of Photography. She is now in Brussels, where she studies the design of fashion accessories at La Cambre.