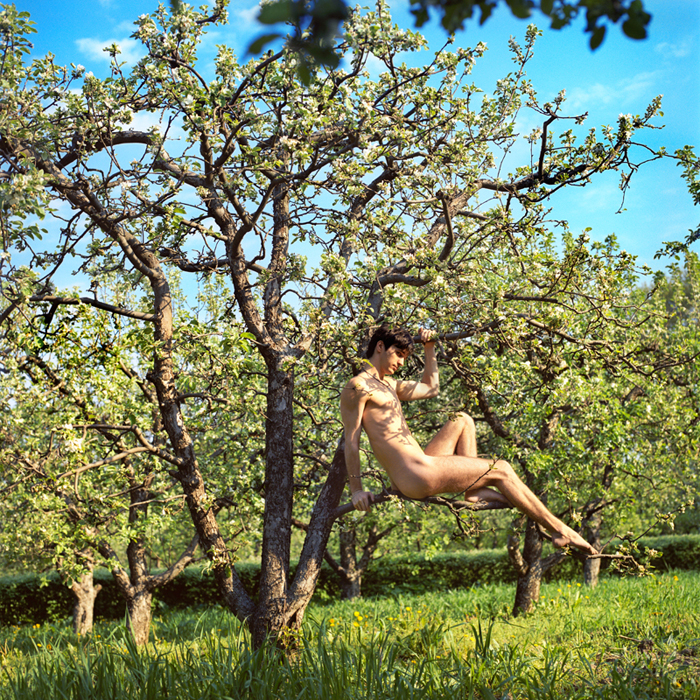 Marina Poliakova’s photographic project “Bridegrooms” explores the subject of male and female gender roles in contemporary Ukrainian society through a critically social lens. The body of work consists of a series of staged photographs of male nudesin natural environments. Is male power and dominance that traditionally corresponds to masculinity disappearing? Can society perceive and acceptnonthreatening and feminine males? Are contemporary women disappointed in them?

In its entirety “Bridegrooms” represents the newly acquired and changing feminine nature of man. To exclude culturally extraneous influence, Poliakova photographs her subjectsposing against bucolic landscapes, thus associating them with traditionally feminine role, and in that way underlining the core meaning of their transformation. 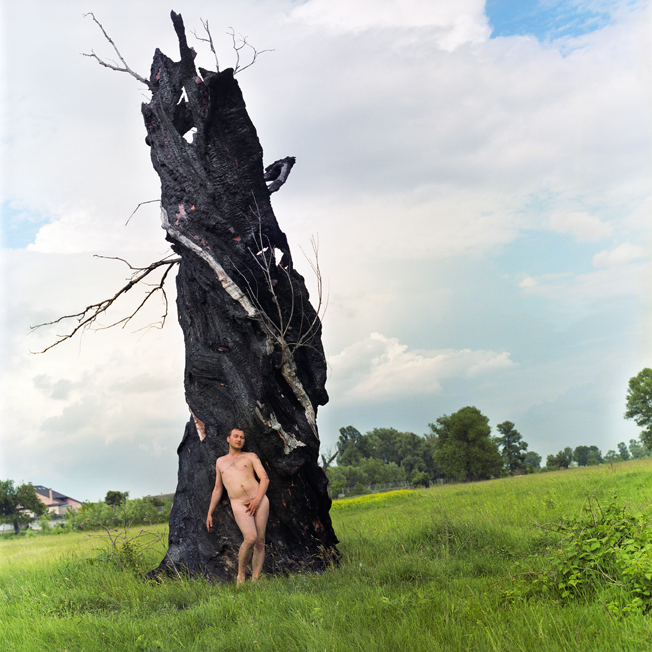 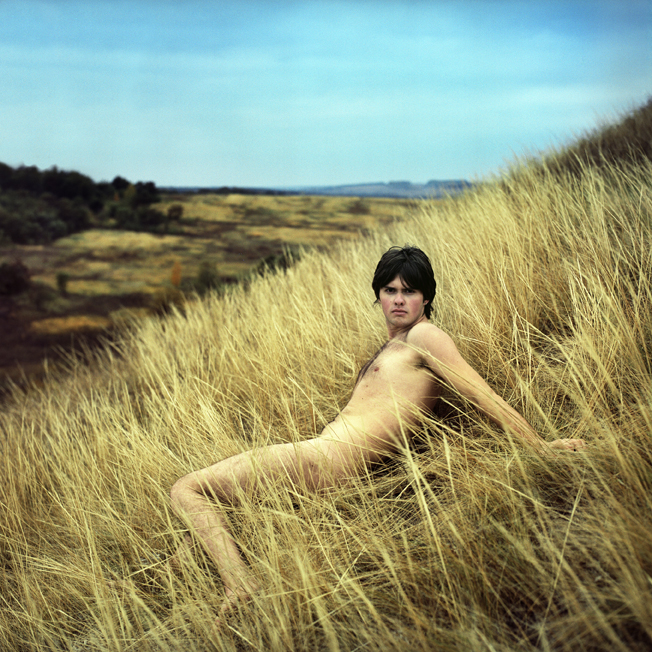 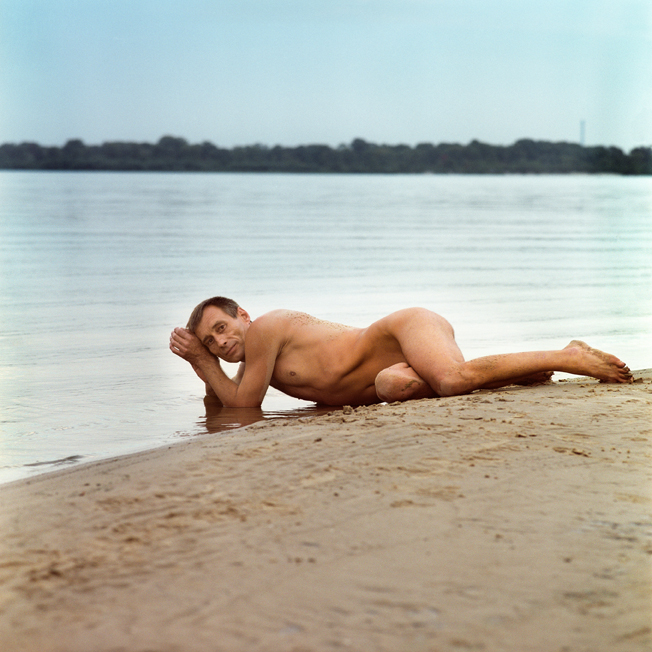 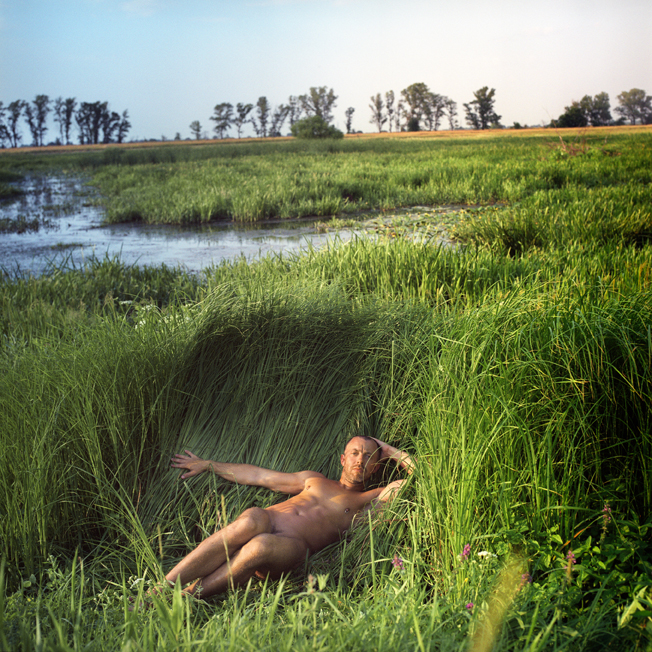 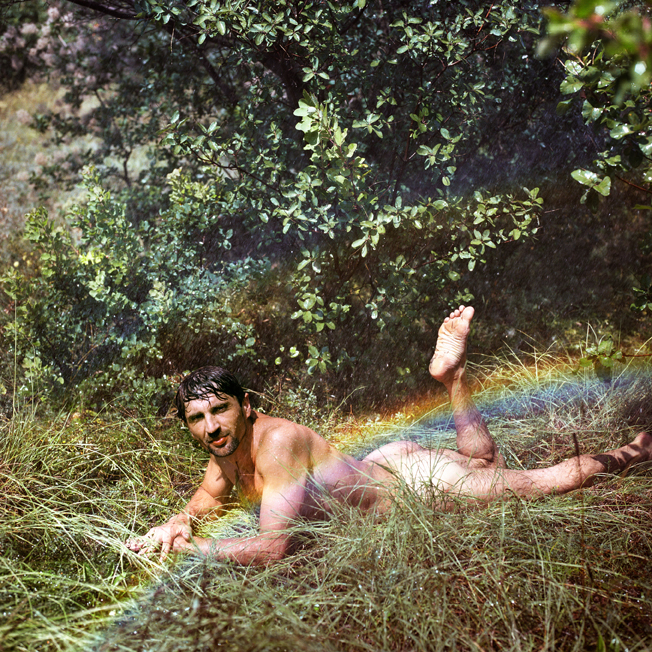 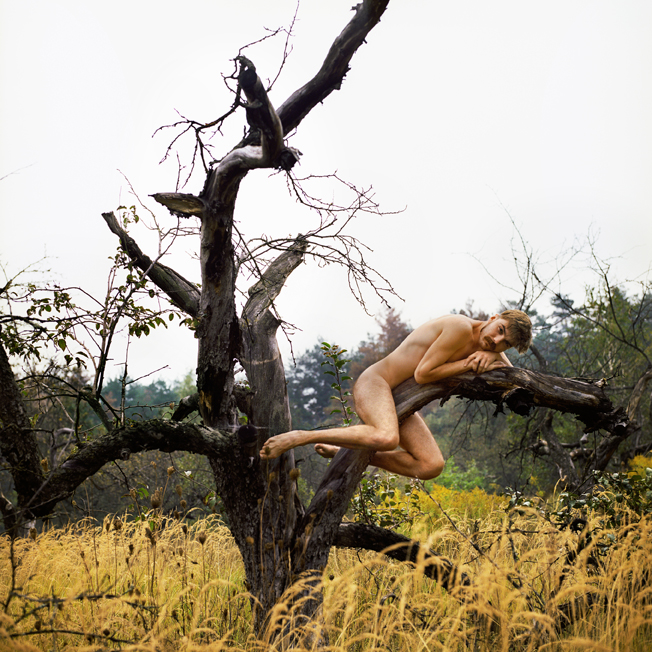 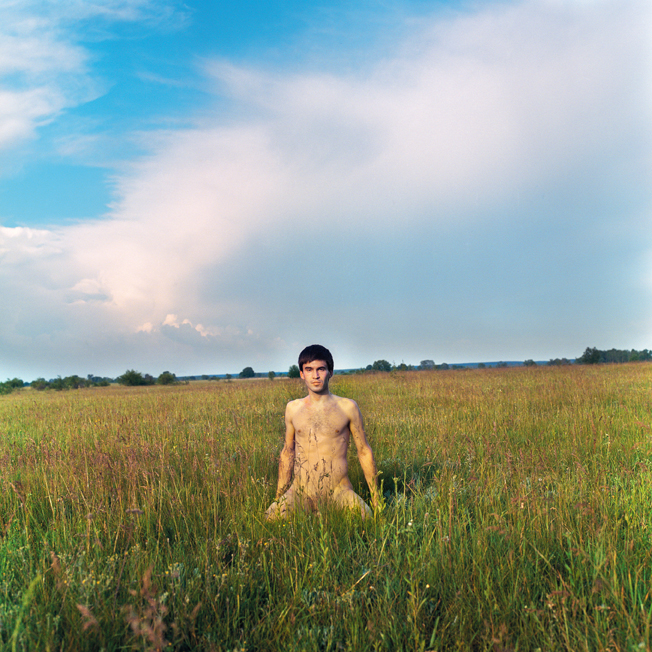 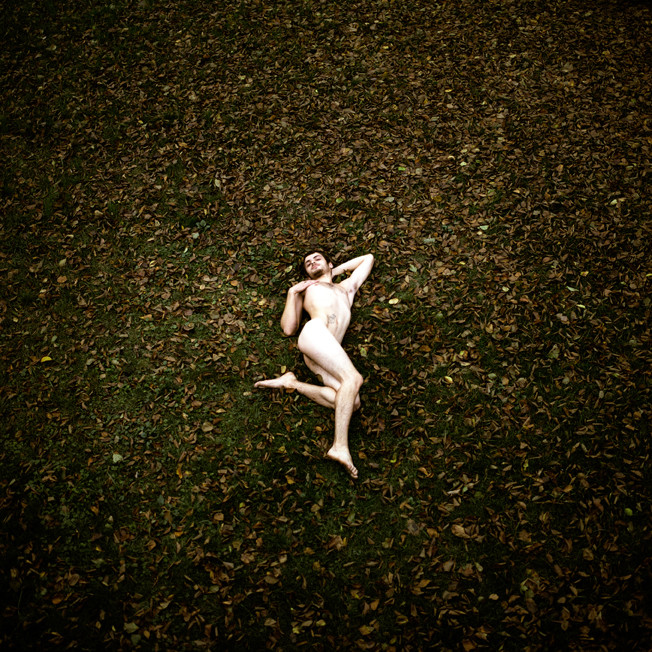 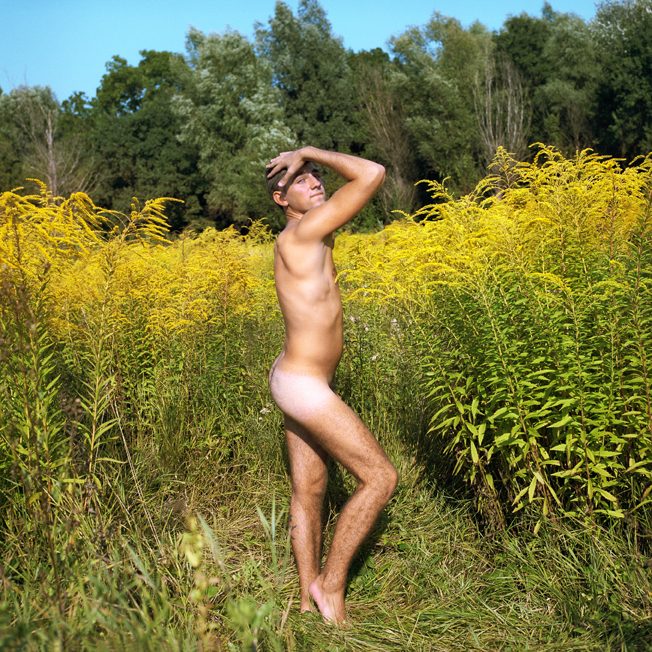 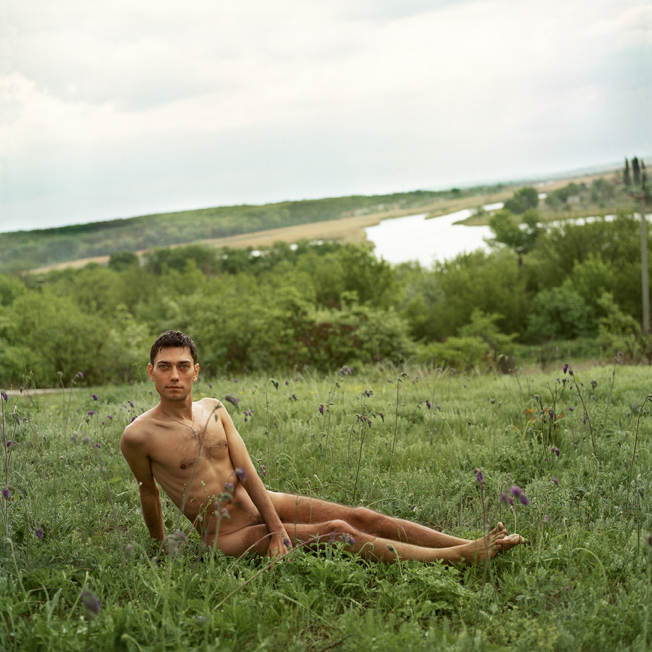 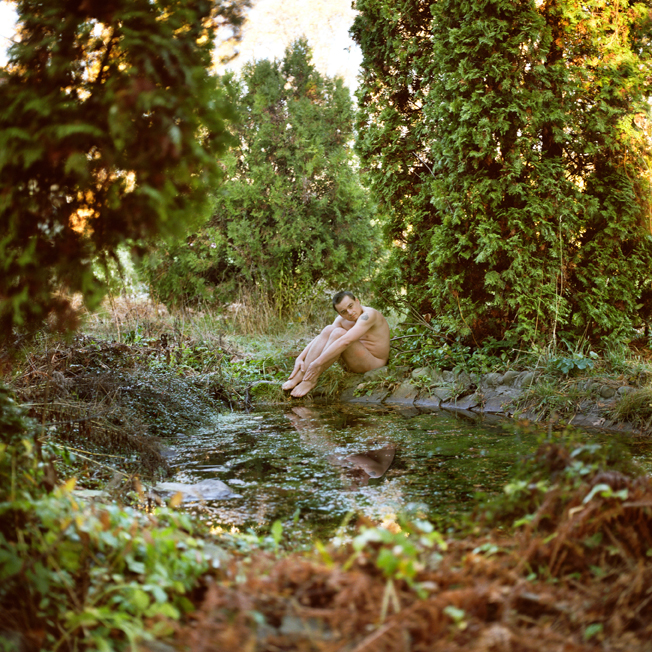 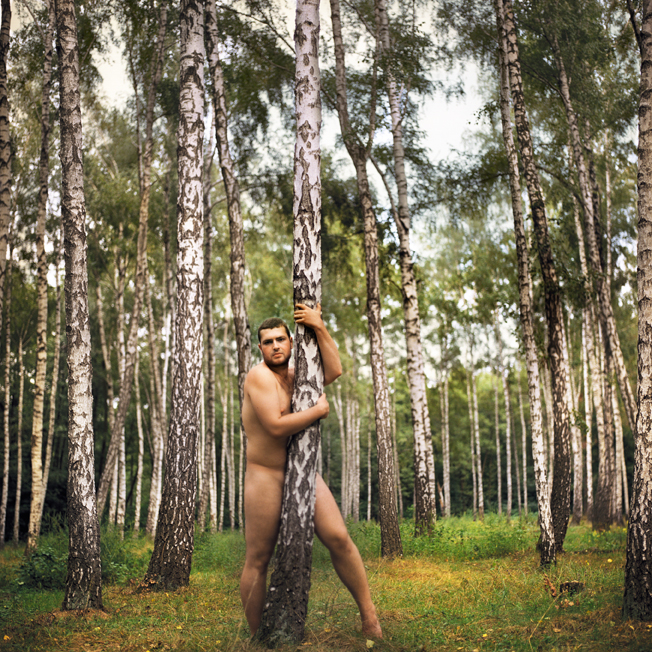 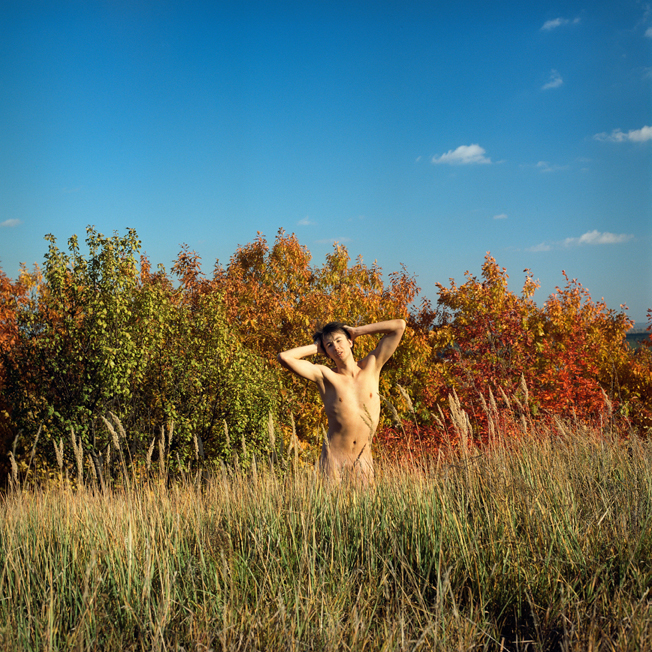 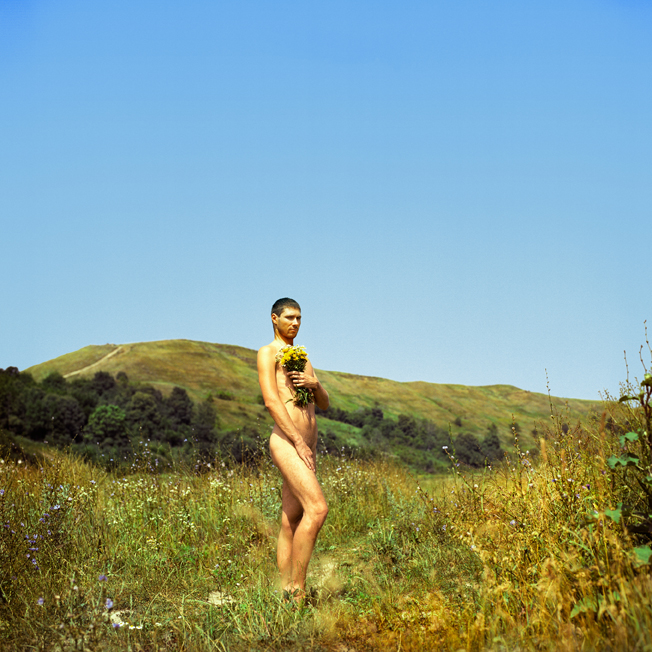 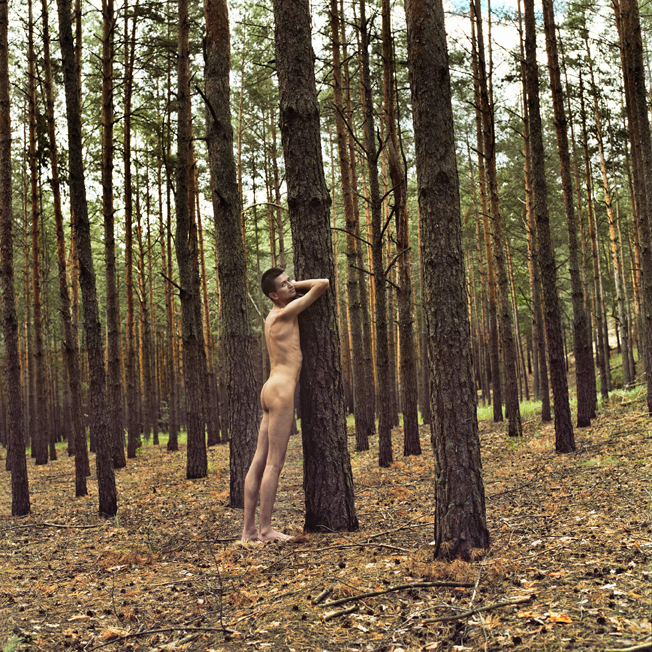 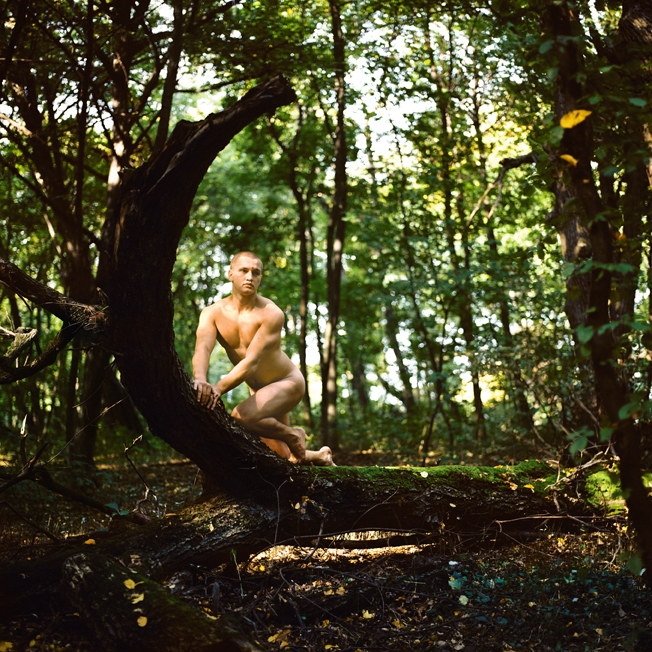 Marina Poliakova (1980, Zaporozhye, Ukraine) has a master degree in Management of Organizations (Kiev State University). In 2006 she was graduated and in 2008 became a General Manager of a Viktor Marushchenko School of Photography (private school, Kiev, Ukraine). In 2009 together with Viktor Marushchenko they established and she became Editor-in-Chief of the non-profit educational edition about art photography – the Magazine “5,6”. In her creative work she likes to prepare social problems, showing her critical view by a language of art photography.