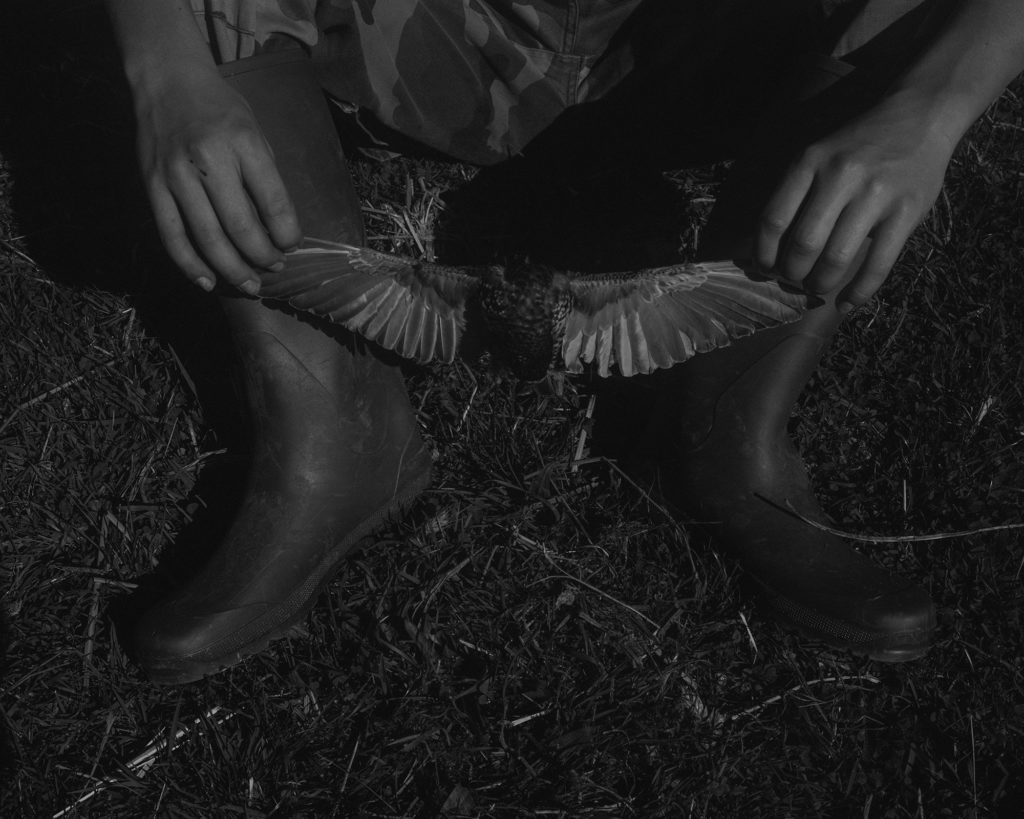 For three years, Marine Lanier followed the course of two children as they became teenagers. Scenes take place out on a vast basalt plateau, in woods seemingly as endless and timeless as a primary forest. An idiosyncratic feature of the area is its geological history – literally “an upside-down world”. Old layers of the Earth’s crust have surfaced, while the newest have sunk down to the foot of the plateau due to the volcano’s activity. This metamorphosis of the rock and the land is echoed through the growth and emancipation of the teenagers – an inner revolution cradled by this landscape. Using the most basic symbolism – the sun, fire, trees, hunters, the images stage these elements as the common denominators of humanity. 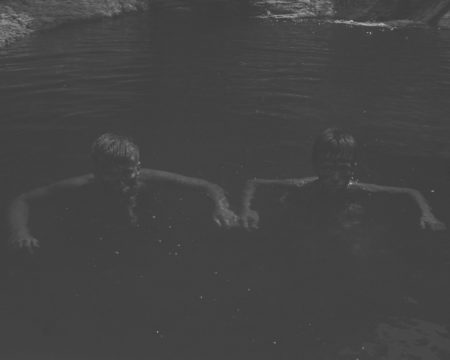 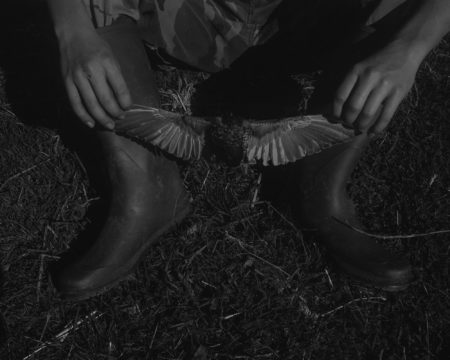 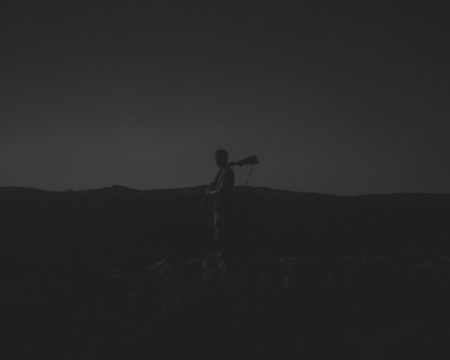 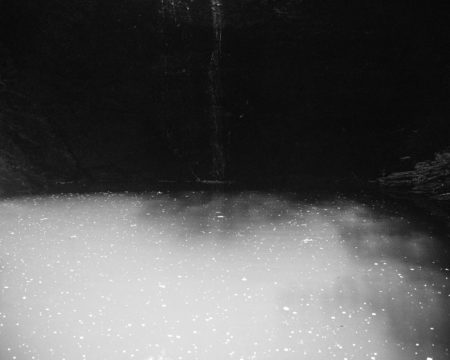 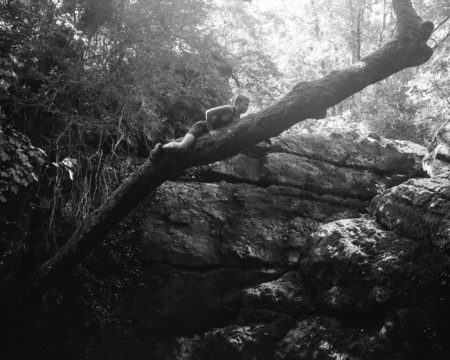 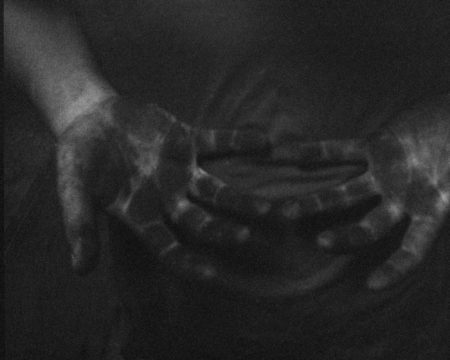 Born in Valence in 1981, Marine Lanier lives and works in Crest. She graduated from the ENSP d’Arles in 2007. She was winner for the CNAP prize, Unveil’d Prize (London), the Prix Arca Swiss 2007 and the Prix Photographie Maison Blanche 2013. She is represented by Jörg Brockmann gallery (Geneva). Her universe is situated on the border between the familiar and the exotic, the prosaic and the strange.